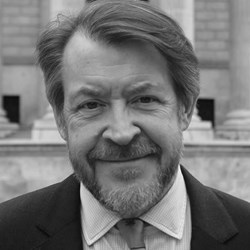 Sir Roger Gifford is a Senior Banker at SEB in London. He read Chemistry at Oxford University and began his career in the financial sector at S.G. Warburg & Co, joining SEB in 1982. Prior to his appointment as UK Country Head (2000 – 2016) Roger headed the bank's operations in Japan for six years. He has worked in and around the primary debt and equity capital markets most of his career.

Roger is Vice Chairman and a past Chairman of the Association of Foreign Banks in London, President of the Bank Workers Charity and Chairman of the Advisory Board of the International Business and Diplomatic Exchange (IBDE). He is also Chair of the UK Government’s Green Finance Taskforce and the London Green Finance Initiative, launched in 2016 to further the contribution of the financial sector to the G20 climate agenda. He was Lord Mayor of London in 2013. 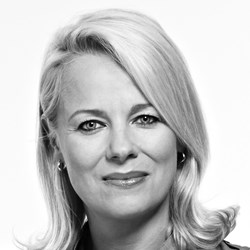 With particular expertise in finance and politics, television presenter Daisy McAndrew can often be seen on our screens reviewing newspapers for Sky News, BBC News and This Morning. She is currently doing regular political commentary for Euronews. Before going freelance, Daisy spent seven years with ITV News reporting on major issues such as the credit crunch and the recession as its Economics Editor, as well as presenting ITV Lunchtime and Weekend News, and ITV Moral of the Story.

Prior to ITV, she presented the BBC's Daily Politics show and was BBC Breakfast News' political correspondent. Before moving into broadcasting, Daisy began a 10-year stint at Westminster, first working as a Tory researcher. She began to write for newspapers from the Press Gallery, profiling MPs in The House Magazine (which she ultimately edited), and eventually became the Press Secretary for Lib Dem leader Charles Kennedy. She was also a consultant on the BBC’s A-Z of Politics and edited The Politics Companion, published by Chrysalis books. She had her own drivetime show on LBC Radio as the host of the weekly O2 Business Show in 2013, which uncovered the latest business gossip through discussions with leading British experts.

Other presenting spells include Channel 4's Powerhouse, the BBC's Heaven and Earth Show and BBC Weekend News. She has also been featured on Have I Got News for You?, The Wright Show, Despatch Box, and many Radio 5Live programmes. Daisy’s presenting accolades also include anchoring London Live as it hosted all the coverage surrounding the 2016 London mayoral elections. 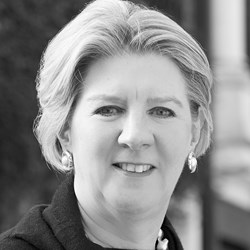 Bridget Barker joined Zedra in March 2017, having spent most of her career with a leading London city law firm. As well as supporting Zedra’s corporate and fund services, Bridget has been leading new business initiatives and representing Zedra at global networking events and panel discussions.

Bridget is renowned as a leading professional in the private equity funds industry and over the past decade, has been consistently ranked as one of the world’s top private funds lawyers. Her expertise is extensive, having spent many years specialising in private equity, real estate and credits funds as well as advising investors from across the world. 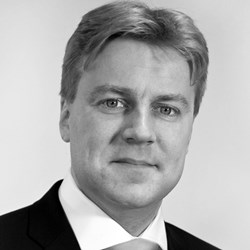 David’s expertise is in transactional, advisory and regulatory work in the asset management and investment funds sector. David has a broad range of experience across the investment funds industry, but with a particular focus on the private funds arena, including matters relating to private equity, real estate, infrastructure, debt and other alternative asset classes.

David advises fund managers and promoters, as well as administrators, custodians and other service providers on the full range of investment funds and asset management matters. This includes fund structuring, formation and promotion, as well as the terms of investment management and other commercial agreements (whether in a fund or managed account context) as well as a host of operational and regulatory matters. He also regularly advises major institutional investors on the terms of their fund investments, highlighting legal risk issues and negotiating terms for all types of fund investments, managed accounts and similar structures. 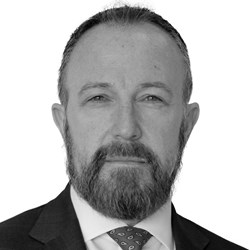 Kevin is responsible for private markets sales and client relationship management at J.P. Morgan Securities Services, one of the world’s leading providers with $23.2 trillion in assets under custody and $10.2 trillion in assets under administration. Today, clients include many of the world’s leading investors and asset managers and the business provides a fully integrated service proposition across all asset classes. J.P. Morgan’s private markets business provides services to the same client mix through robust global infrastructure, with total Assets under Administration of more than $357 billion, 230 Funds and 6,500 investments. During his career at J.P. Morgan, Kevin has held a number of sales and leadership positions across key industry segments in Europe and Africa, including asset and wealth managers, pension funds and insurance companies. 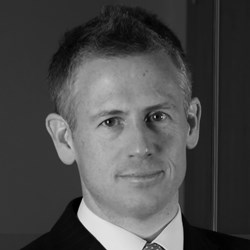 David Crosland joined Carey Olsen in 2007 and became a partner in 2013. David undertakes a wide range of corporate transactions with a particular experience in the launch of investment funds. He is regularly instructed by fund managers, UK and international law firms and other financial services firms on the launch, administration, restructuring and listing of both closed and open-ended investment funds.

As well as private funds, David has advised funds that are listed on the LSE, AIM, Euronext and TISE. He is listed in the International Who’s Who Legal of Private Funds Lawyers 2018. David trained at Clifford Chance in London qualifying as an English solicitor in the Private Funds Group in 2004. While there he specialised in the establishment of institutional closed-ended investment funds particularly private equity, real estate

and infrastructure funds. In 2006, he spent nine months on secondment at ABN AMRO advising on the 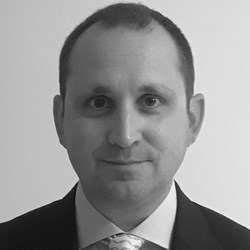 Andre Portelli joined Barclays as Head of Structured Solutions and Private Assets in October 2017. Prior to that, he was at UBS for more than seven years where he held a number of senior roles in the Investment Bank and Wealth Management. Andre was one of the original members of the Institutional Solutions Group within UBS WM, which focused on delivering institutional solutions to UHNW clients of UBS. He was responsible for the placement of over $4 billion of private capital transactions during his time in UBS WM. Prior to UBS, Andre held a number of senior roles at Nomura and Lehman Brothers. He is a graduate of Bocconi University and the University of Malta. 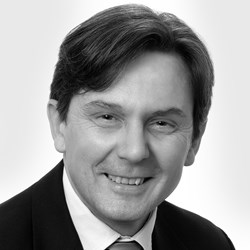 Dr Andy Sloan’s responsibility at Guernsey Finance is the development of Guernsey’ financial services strategy. In this role, Andy chairs Guernsey Green Finance, the body through which Guernsey delivers its commitment to strategic action on green and sustainable finance. Guernsey is a member the United Nations’ Finance Centres for Sustainability Global and Europeans Networks. Andy joined Guernsey Finance in 2018 from the Guernsey Financial Services Commission where he was Director of Financial Stability and International Policy Advisor. Before this he was Chief Economist for the Guernsey Government. Andy had a previous career in communications in London, working at Hill and Knowlton in the late 90s, and was head of European PR at the Bank of New York in the early 2000s. He has a PhD in Macroeconomics and is a member of the Institute of Directors and Institute of Risk. 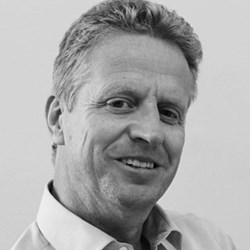 Jeremy Alun-Jones is ADM Capital’s Chief Operating Officer with oversight of operations, valuations, finance and risk management. He also chairs the Investment Advisory Committee of the Cibus Fund – a Guernsey-domiciled agribusiness fund that was the first ever to be given Guernsey Green Fund designation. He also sits on the Board of Cibus Investments Limited, the Cibus Fund's GP, the Cibus Foundation (its charitable activity), Amaretto Foods (the Cibus Fund’s almond investment in Australia) and Mount Kellett (the Cibus Fund’s olive oil investment in Spain and Portugal). Jeremy joined ADM Capital in March 2014 after many years as an investment analyst and hedge fund assessor. Previously he developed and sold fund of hedge fund business, Montier Asset Management, to Stenham Asset Management where he became Group Managing Director of their Hedge Fund Division. Prior to that he spent many years as an equity research analyst following the retail and later, telecom industries. 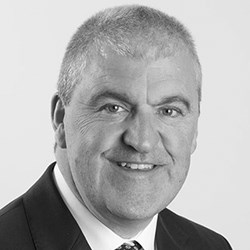 Richard has spent over 30 years in international banking. In his 20 years with ABN AMRO, he was Head of UK Structured Finance and Corporate Banking and sat on the UK Executive and Credit Committees. As Global Head of Project Finance he was responsible for ABN AMRO’s award winning business franchises in Europe, Asia, Australia, North America and Brazil. In this role he was also instrumental in the creation of the Equator Principles, a market recognised standard for managing environmental and social risk issues in project financing. Latterly, as Global Head of Sustainability, he chaired the group’s Sustainability Council and developed the bank’s strategy on climate change and the carbon markets. He is former Chair of the UNEP Finance Initiative, a former Steering Committee member of Renewable Energy Networks for the 21st Century and external board member of Forest Renewables (part of the Forestry Commission in Scotland).

Richard is currently a Fellow of the University of Cambridge Institute for Sustainability Leadership and holds a BA and MBA from Durham University. He is a Senior Adviser to the Earth Security Group and a Dutch Development Bank (FMO) nominated non-Exec Board Director of Union Bank of Nigeria. 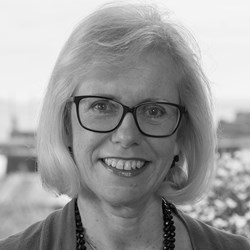 Helen Mahy CBE was born and educated in Guernsey and now lives in the UK. She is chair of the Renewables Infrastructure Group Ltd, a Guernsey investment company listed in London on the main market and in the FTSE 250. Helen is also on the board of SSE plc and Bonheur ASA, a Norwegian energy company focussing on Renewables. She is also deputy chair of Primary Health Properties plc (PHP). Helen was Company Secretary and General Counsel of National Grid Plc from 2003 to 2013 when she retired from the company. She has also been a non-executive director of Stagecoach Group plc, AGA Rangemaster Plc and SVG Capital plc as well as being formerly non-executive Chairman of MedicX Fund Ltd. 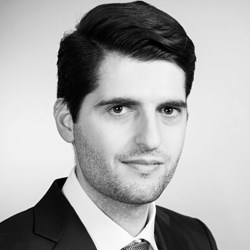 Augusto joined Insight in July 2017 as Investment Manager to provide analytical and agronomic expertise to Insight’s Farmland team. Augusto has nearly 10 years of experience in sustainable farming management, business development and agricultural commodity markets. In his role, Augusto assists in the development of Insight’s Farmland investment strategy and is responsible for designing proprietary investment models, the ESG strategy, and evaluating investment opportunities. Augusto is also part of the oversight team responsible for monitoring the operational and ESG performance of the farmland assets.

Prior to joining Insight, Augusto worked as an External Consultant for Soil Capital, a regenerative agriculture asset manager, and recently led a multi-generation ownership and management transition for a family-owned farming business in South America.