Asia Jet Chief Executive Mike Walsh claims Guernsey’s aircraft registration industry is set for a strong future thanks to the ease and speed of doing aviation-related business in the island.

Mr Walsh, speaking at an event to mark the first year of a Guernsey representative office in Hong Kong, explained that his company opted for Guernsey because other jurisdictions had quoted up to nine months as a timeframe to grant a certificate, whereas Guernsey offered a quicker and more flexible option.

“Guernsey is the new kid on the block in the aviation industry and is picking up market share very quickly,” said Mr Walsh, who confirmed that 2-DEER was the first of many aircraft Hongkong Jet would be registering in Guernsey.

“If you register in Guernsey, there are no restrictions on where you can fly with non-commercial operations,” he added.

Established in 2013, 2-Reg has registered more than 240 aircraft including more than 100 in the last year alone as it continues to increase its market share.

In March 2016, the registry adopted new regulations that allow it to issue registration and certificates for commercial air transport for companies that are located and registered in Guernsey, prompting Hongkong Jet to establish the subsidiary BAS Guernsey on the island so that it could position itself as a market leader in global executive jet operations.

“Guernsey is the new kid on the block in the aviation industry and is picking up market share very quickly.” Asia Jet's Mike Walsh

Concept Private, a division of Guernsey-based fiduciary services provider Concept Group, incorporated BAS Guernsey and will provide local management services to the company. BAS Guernsey expects to add aircraft to the 2-REG AOC at a frequency of about five per year.

Mr Walsh was one of three panellists at the ‘Ganbei Guernsey’ event held at the Hong Kong Bankers Club, sharing his experience with 80 delegates about the benefits and solutions provided by Guernsey structures for businesses. He was speaking alongside Gilbert Pun of Avenue Trust and East Asia Sentinel Trust Company; and Joseph Yeung of film production insurance specialists HLCG.

“It was a powerful tool for us to have the likes of Mike Walsh on our panel,” Miss Clouston said. “Audience members commented on how impressed they were to see clients on stage who were so pleased with their Guernsey service providers and were very supportive of Guernsey as a jurisdiction.” 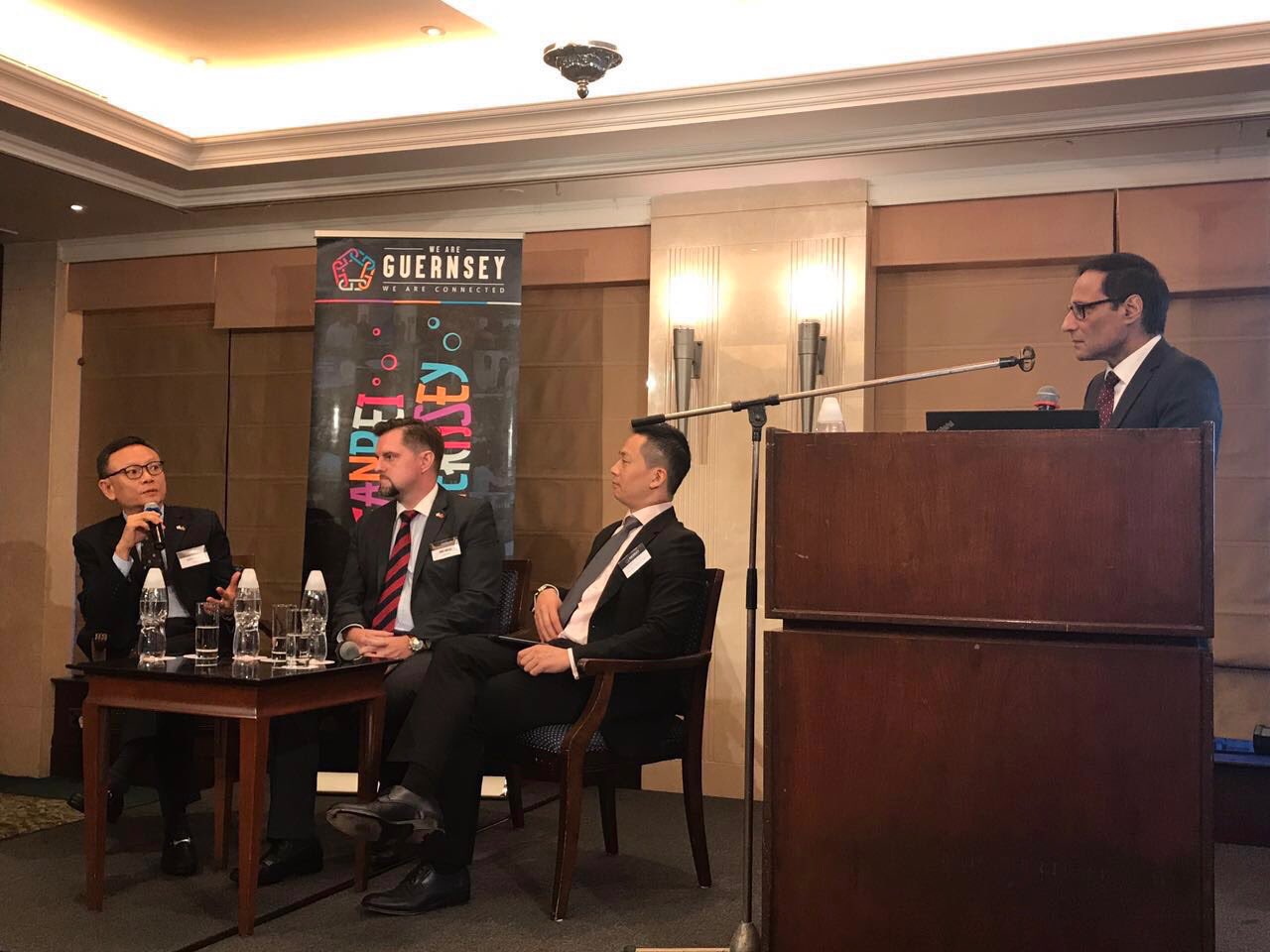 Certainty in an uncertain world

Reasons to choose Guernsey for funds

GIIA urges firms to follow after committing to climate pledge