Wealth management practitioners working for Chinese clients continue to seek guidance on the implications and requirements associated with the introduction of the Common Reporting Standard (CRS).

A recent CRS briefing in Hong Kong, hosted by Guernsey Finance, attracted more than 60 delegates from the region’s banking, trust and securities industries.

Guernsey Finance Deputy Chief Executive Kate Clouston explained that Guernsey, as one of the early adopters of CRS in 2014 and among the first 50 countries and jurisdictions to begin reporting this year, was perfectly placed to share its expertise with its Asia counterparts.

“Guernsey has always been at the forefront of adopting and implementing international legislation, and CRS is no exception,” said Miss Clouston.

“Adherence to international reporting standards is a relatively new issue in China and there is understandably a lot of concern about how, what and when to report. Guernsey advisers are well-placed to offer advice and commentary on these procedures and we are pleased to be able to share this information with audiences in Hong Kong and China.”

China has committed to being among the second batch of jurisdictions to implement CRS and to complete its first round of automatic exchange of financial account information by September 2018. However, the issuing of the Administrative Measures on Due Diligence Procedures for Non-residents’ Financial Account Information in Tax Matters at the end of May by the State Administration of Taxation, the Ministry of Finance and China’s respective regulatory commissions, means China is already implementing elements of CRS. The measures require financial institutions established in China to carry out due diligence procedures on pre-existing and new financial accounts starting from 1 July 2017 to identify financial accounts held by non-residents, as well as collect and submit relevant account information to the Chinese authorities.

“Adherence to international reporting standards is a relatively new issue in China and there is understandably a lot of concern about how, what and when to report. Guernsey advisers are well-placed to offer advice and commentary on these procedures and we are pleased to be able to share this information with audiences in Hong Kong and China.” Guernsey Finance Deputy Chief Executive Kate Clouston

Delegate Stuart Dowding, Managing Director of First Names Group in Hong Kong, said the speakers had provided an interesting analysis of the evolving global regulatory landscape, with CRS the main area of interest for the audience.

“The intricacies of CRS proved to be the main topic with tax experts, lawyers and fellow industry peers sharing their insightful views on the situation and dispelling a number of myths around CRS implementation,” said Mr Dowding.

Christopher Chan, who has been based in Hong Kong as Guernsey Finance’s Asia-Pacific Representative since February, provided the introduction at the event. He said the event had once more demonstrated the appetite for knowledge in relation to CRS.

“It is the second event in six months we have held in Asia on the subject of CRS. The first event in Shanghai attracted almost 200 senior professionals so it was important to bring the same type of insight to those practitioners based in Hong Kong who also look after Chinese private clients,” said Mr Chan. 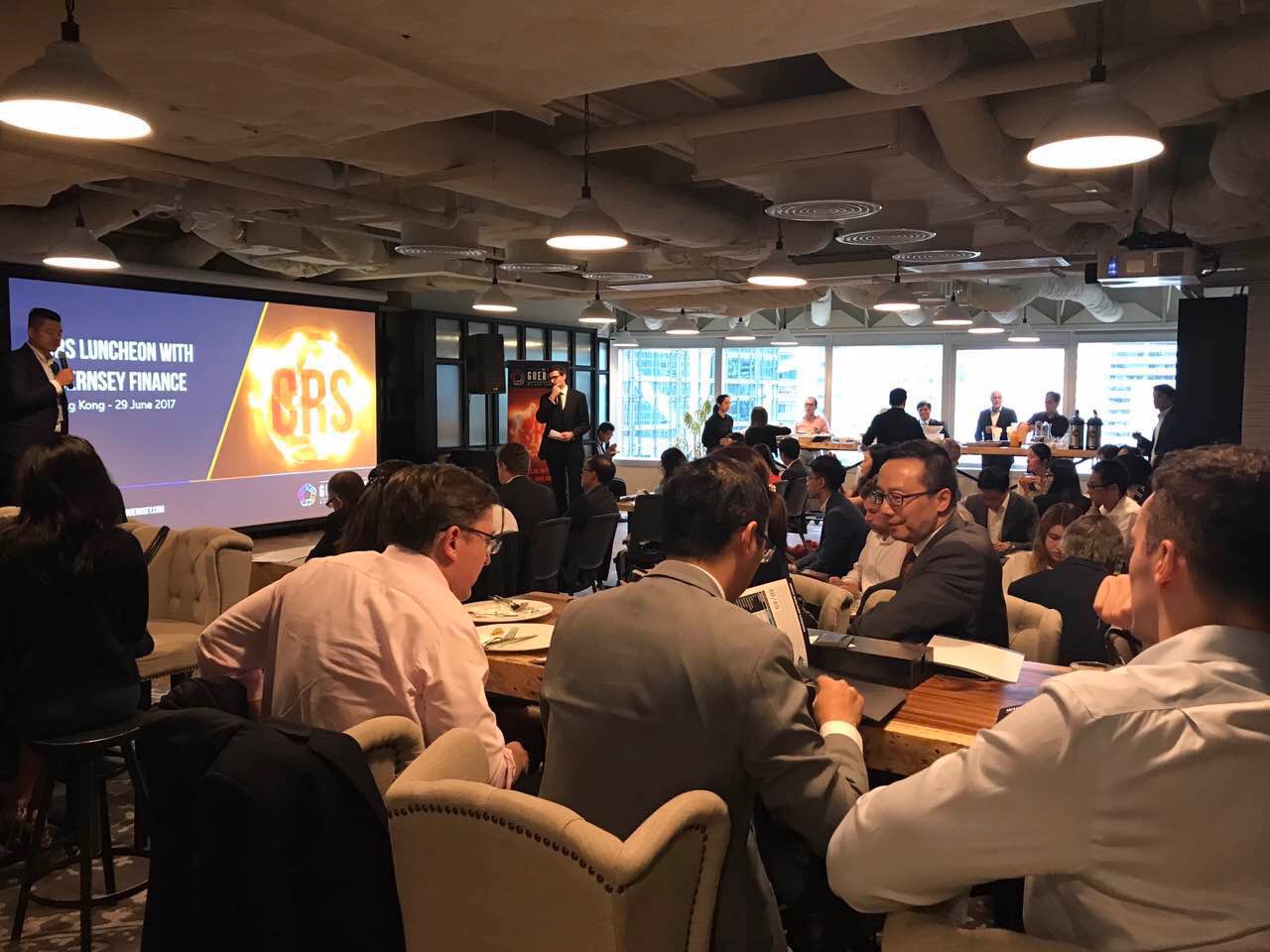 The diverse nature of the Guernsey trust industry

Guernsey to share message of MGA strengths with industry body