The signing of Memoranda of Understanding (MoU) with Chinese regulators and industry associations has provided the foundation for Guernsey to develop business and build relationships with Chinese service providers and their clients.

China-based panellists presented evidence of this at an event marking 10 years of Guernsey's presence in Shanghai and all cited the importance of the MoUs in facilitating business with the island.

Since the opening of the representative office, Guernsey has signed MoUs with all of China’s financial services regulators and as many as 10 MoUs and cooperation statements with industry bodies, representative associations and other agencies.

“Guernsey’s trusted reputation in China is yielding great results at a time when more and more Chinese advisers and clients are seeking transparency and advanced methods of financial management. Guernsey has five decades of expertise in this area and I’m pleased to see that this is being recognised. We look forward to continuing to help financial services in China develop and also learn from our partners across the region.”
Guernsey Finance Deputy Chief Executive Kate Clouston

Keynote speaker Keijan Chao, who is Deputy Director of Shanghai Municipal Government Huangpu District in charge of Financial Services, believed the MoUs had led to a strong bond between the two jurisdictions.

“The relationship is close and well-developed because it has been approached from a very high level in terms of government, regulator and industry cooperation,” Mr Chao said.

“There are only eight captive structures in China and the threshold is too high to set up a captive,” he said. “Guernsey can get it done more efficiently. Guernsey is also a centre of innovation, having developed the PCC structure in 1997 that can now be used in many sectors such as capital markets, trusts and insurance.”

Her company, a family office and corporate services provider, is currently in discussions with Guernsey-based Concept Group about providing additional private client services. Concept has experience of working with several Asia-based businesses and is already in the process of providing training sessions in China.

“Three years ago, the idea of a trust was at a relatively junior stage in China but there has been a major qualitative change in how they are now perceived. I am very positive about the future prospects of Guernsey trusts in China,” Mrs Lee said.

Michael Yang of Jiaxing Diyang Textile Company sees such benefits in Guernsey that he is in the process of relocating the hub of his business to the island.

“It is easier to do business in Guernsey,” he said. “Guernsey also has a great school system, a cultural history aligned with Britain and a healthy environment compared to Shanghai. It’s better for my family.”

Guernsey Finance China Representative Wendy Weng, who was presented with a certificate to recognise her 10 years with the promotional agency, said: “Guernsey has made great strides in China during Guernsey Finance’s 10 years in the region and it has led to more and more institutions from the country doing business with the island.

“The Chinese market is using Guernsey companies and products to take its market to a higher level, especially in the family office space. For example, prior to opting to work with Guernsey, Connie Lee had spent three years investigating which jurisdiction to use and came to the conclusion that her fiduciary business and its clients would be best served by working with Guernsey.”

Guernsey Finance Deputy Chief Executive Kate Clouston was delighted with the response to the event, which was standing room only having attracted more than 200 delegates.

“Guernsey’s trusted reputation in China is yielding great results at a time when more and more Chinese advisers and clients are seeking transparency and advanced methods of financial management,” Miss Clouston said. “Guernsey has five decades of expertise in this area and I’m pleased to see that this is being recognised. We look forward to continuing to help financial services in China develop and also learn from our partners across the region.”

Griffin Plutus Family Office assisted in organising the event and Senior Managing Director Antoine Kuo, who was also on the panel, was presented with a certificate along with BACMC’s Yongjie Liu for being ambassadors for Guernsey Finance in China. 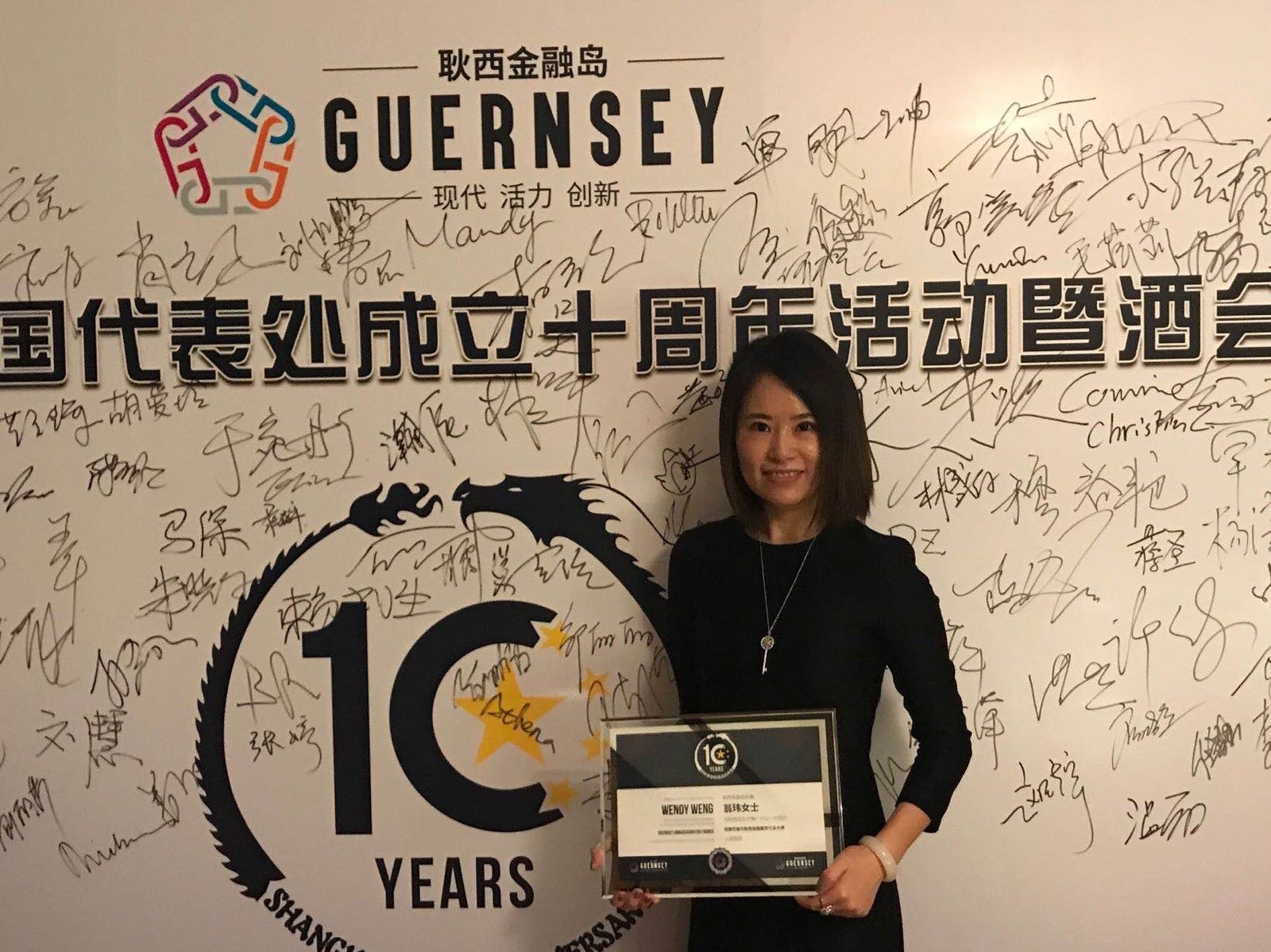