Brexit: Focus must be on the future, not the past

The fall out of the Brexit referendum vote in the UK has been “a disappointing episode in our country’s great history”, according to one of the leading businesswomen in the City of London.

Dame Helena Morrissey, one of the leading figures in the British investment industry, who is now head of personal investing at Legal & General Investment Management, was a supporter of Britain leaving the European Union.

She told the Guernsey Funds Forum in London that she had wanted “a proper discussion and debate and a diversity of viewpoint” on the subject in supporting Vote Leave.

“It seemed to me that the way the world is moving we need governance close to people and assets. People were very rightly concerned about things that seemed very remote from them. I was calling for a rethink of our relationship – I was disappointed with my dealings with EU bodies and the lack of democratic authority that they had, though they were still doing an awful lot. I thought it was worth a discussion but we didn’t actually have that debate. It became very shouty, very politicised, and very angry very quickly. We must all acknowledge that whatever view we took before, this has been a disappointing episode in our country’s great history.”

Dame Helena said she was somewhat surprised at the refusal by many to accept the outcome of the referendum when more people voted to leave the EU than have ever voted for a single UK government.

“That unfortunately has detracted from the decision and caused us to be in less good a place than we otherwise would have been. Sadly some people want to be proved right that Brexit was a mistake, rather than make Brexit a success.

“However lots of businesses are just getting on with it. It is very important but it’s not the only issue we need to get right in this country. Many people I know are just ploughing on, proving that we have some self-belief and showing the world we are confident, and I believe that we can make a success of it.”

Dame Helena shared the stage in a 'fireside chat' format, below, with private equity veteran and Guernsey resident Jon Moulton, who was also a supporter of Brexit.

He said he too was disappointed by the Brexit debate but also now by Britain’s negotiating posture.

He said that the right stance to take would have been to say Britain was expecting nothing from the EU except a “Hard Brexit”, and any further negotiations “with our friends in Europe” would be welcomed.

“It would have been so much better than where we are, the Europeans have no idea where we’re coming from and nor do we. But done well, we can end up with a stronger economy.” 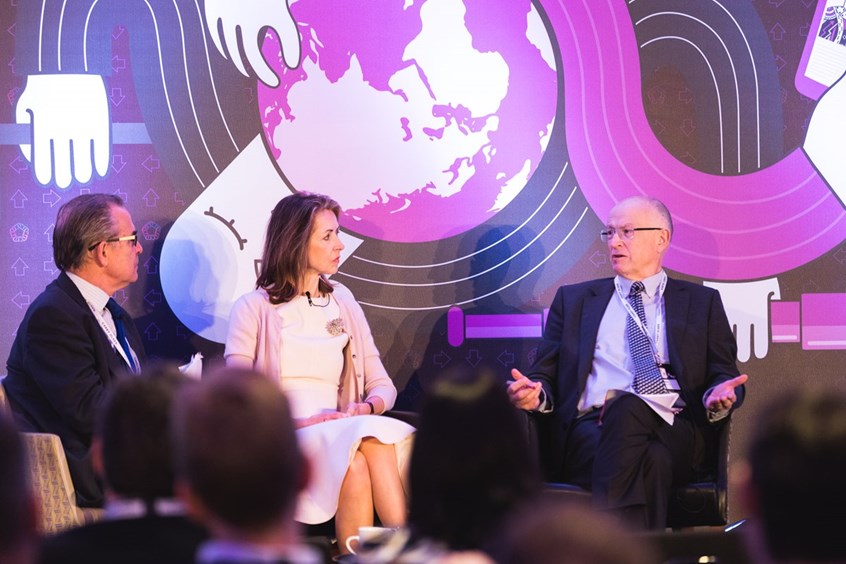 Open Letter to the signatories of amendments NC3, NC4 and NC5 to the Financial Services (Implementation of Legislation) Bill

The resurgence of ILS