Captive industry “is not in decline”

The future of the captive insurance industry has been robustly defended by one of the leading figures in the sector.

Will Thomas-Ferrand, international practice leader at Marsh Captive Solutions, responsible for the company’s captive domiciles in Europe, the Middle East, Africa and the Asia Pacific region, was speaking at the Guernsey Insurance Forum, held at the Banking Hall at Cornhill in London.

He disputed claims that the industry was in decline, and quoted positive figures from his own company, which manages captive companies in 49 jurisdictions worldwide.

“The topic of whether captives are in decline comes up fairly regularly,” he said. “Our figures show that captive premiums last year rose by 25% on the previous year, and are up 55% compared to four years ago. Captives are obviously being used more – I would challenge that they are in decline.”

Guernsey, Europe’s number one captive domicile, claimed more than half of all new growth in the European captive market in 2017.

The debate also centred on Brexit developments. Mr Thomas-Ferrand said it was not “completely top of the agenda” although it had been discussed many times.

Asked if risk managers were considering moving captives, Mr Thomas-Ferrand said it was not a trend he had observed.

“So far only seen one captive redomiciliation partly influenced by Brexit. I don’t think it is something that many risk managers have considered, and it would be a big issue. Jurisdiction choice is not done on a whim.”

He said, though, that there was still time for the captive sector to consider all options and for managers to pay attention to their own vulnerabilities. Conversations would have to be about broader risk rather than the isolated incidents created by Brexit.

“Brexit itself is a conversation that is affecting captives but actually captives give you more flexibility to design your risk management solution according to the times that we all face,” he said.

“It doesn’t matter what political industrial or economic changes we are facing, the captive effectively gives us more flexibility.”

A panel discussion at the event, also involving Theo Leonard from Barclays and Suzy Awford, Head of Regulatory and Government Affairs at AIG Europe, also discussed Guernsey’s “unique position” on Brexit, and discussed how the UK could learn from the experiences of the Crown Dependencies and Switzerland in being part of Europe but operating outside of the European Union. 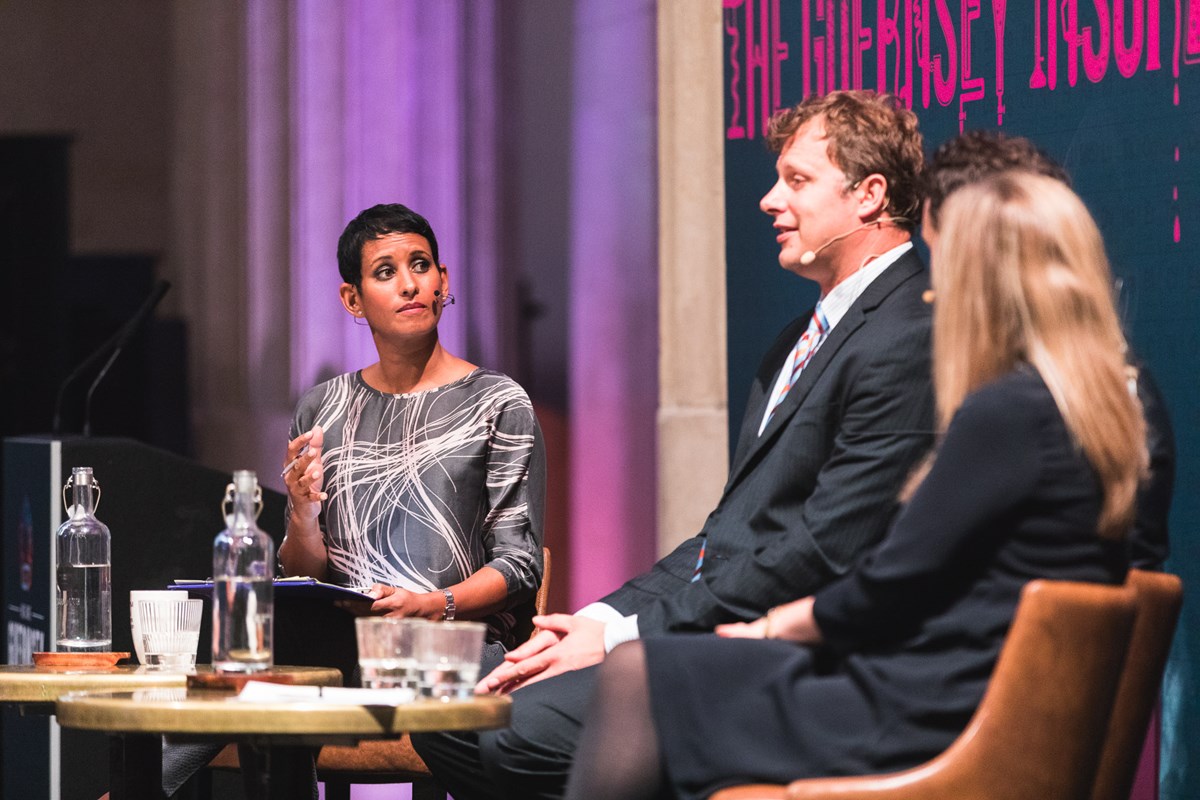 Moderator Naga Munchetty observes as Will Thomas-Ferrand speaks at the Guernsey Insurance Forum.

The captive solution’s place in the de-risking toolbox

Guernsey ‘getting the very best out of exciting green industry’

Record revenue and profit for TISE in H1 2021

Forget net-zero, we need to be net-negative

Caring for mental health employees is not just a 'nice to have'​, it's essential