Guernsey was highlighted as a safe haven offering stability and security in an uncertain world, at the island’s first Private Wealth Forum event held in London.

Set against a backdrop of increasing geopolitical changes and uncertainty, Guernsey’s long-held reputation for wealth management for high net worth individuals was highlighted through a panel discussion and keynote address from former head of MI6 Sir John Sawers, below right speaking to Guernsey Finance Chief Executive Dominic Wheatley. 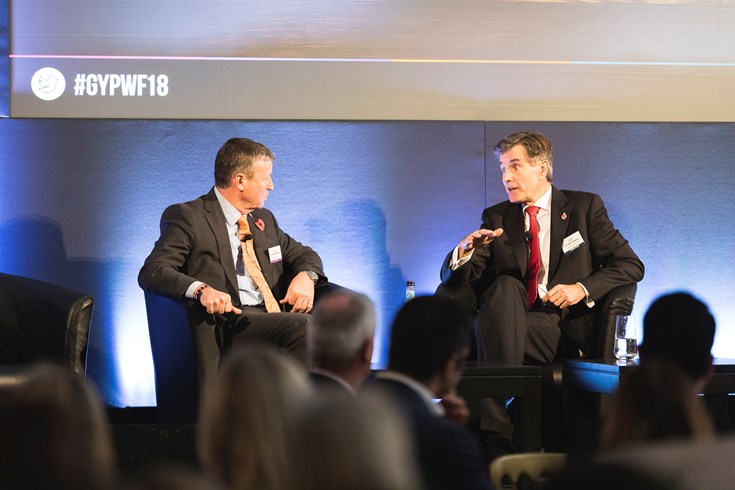 Sir John, who is now Chairman and Partner at Macro Advisory Partners, focused on a new style of geopolitics being driven by the superpowers of the west and the east.

“The state of the world was once fairly predictable,” he said. “Now there are interesting changes in the outlook for international investment in a very rapidly changing world.

“The last few years have seen more changes between the west and the rest of the world than we have seen for several decades, and the change in political style is a greater change than anything else.

“People may have strong views about Donald Trump the man, I advise to think beyond Trump the individual and see him as a consequence of changes taking place in the United States. Frankly the US is not willing as it was to bear any burden, pay any price, to defend and promote liberty and freedom around the world. The country is just not in that space any more.

“The biggest change that Donald Trump’s election marks is a shift towards the US behaving like another great power, not the United States, the exceptional country, prepared to uphold the international system, but one where the US is going to fight for US interest and do so even if its traditional allies and friends are bruised and battered in the process.”

He said the world was moving from a “rules-based international order” to a return to more traditional 19th century power politics where “might is right”.

“Guernsey is a stable and predictable environment not by accident – it is what we set out to be and what we know clients are looking for. We seek to demonstrate expertise, good regulation, and substance in our activities, and to advise clients on how their objectives can be achieved without risking ours, or their reputation.”
Guernsey Finance Chief Executive Dominic Wheatley

In a panel discussion, Charles Hecker, Senior Partner at global consultancy Control Risks, said that tax and the evolution of tax regimes – touching on issues including wealth taxes, inheritance taxes and corporate tax issues for the likes of Google and Starbucks – provided a constant threat to the owners of wealth.

“This is a transformative time and a departure from a comfortable environment to a much less predictable one,” he said.

Threats of government sanctions have struck fear into the wealthy, said David Bowen, Head of Family Office Consulting at Deloitte, while Alex Chartres, Investment Manager at Ruffer, highlighted the challenge for investment managers searching for income and preserving wealth after 30 years of “exceptionally benign conditions for investors”.

“Guernsey is a stable and predictable environment not by accident – it is what we set out to be and what we know clients are looking for,” he said. “Predictability of outcome is not just what we are now, it is where we are headed, offering a predictable response to the issues which emerge. That we are determined to maintain tax neutrality and continue to walk in step with the global environment on issues like transparency, while respecting legitimate privacy, gives a clear indication on how we will respond as things change around us.

“We seek to demonstrate expertise, good regulation, and substance in our activities, and to advise clients on how their objectives can be achieved without risking ours, or their reputation.” 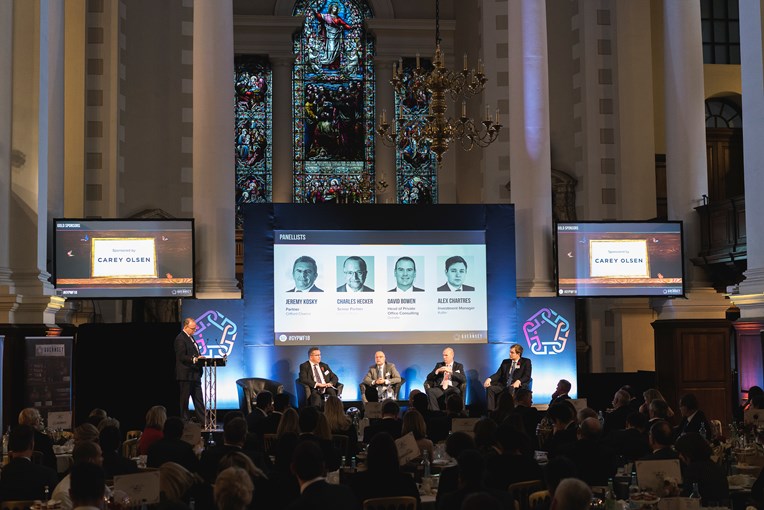 Guernsey sees growth in business from a new generation of philanthropists