Guernsey’s stability and security means it is well-placed to help fund managers overcome Brexit uncertainty over the next couple of years, an expert panel agreed at the annual Guernsey Funds Forum in London.

The island’s long-standing stability and experience in operating as a ‘third country’ outside of the European Union were highlighted in a wide-ranging panel discussion which also covered Donald Trump’s policies, quantitative easing, and fund delegation rules. It was agreed that uncertainty was a huge challenge for fund managers.

Alex Barr, Global Head of Private Markets and Real Estate Investment Oversight at Aberdeen Standard, said that uncertainty – covering costs, people, models and route to market – was the “single biggest issue” facing the funds industry. He said that many larger firms were moving to create pan-European operating models in response to improve speed of reaction.

Janwillem Acket, Chief Economist at Bank Julius Baer, said that ‘wait-and-see policies’ were a drag for the UK economy.

“The UK should have a clear agenda for what it wants, do away with its illusions, and expect the loss of the EU passport – you can’t exit a club and still request to have all the privileges,” he said, also adding that London, and by extension Guernsey, still had opportunities to seize from the changing times.

“Capital is very mobile and that is something we should never forget. Capital goes where it gets the best services. London has a great reputation, but you have to look to improve your service and make yourself so competitive, when you lose the passport you still operate successfully.

“Guernsey has done this quite well as a non-EU jurisdiction, using both sides of the coin and doing a good job. You can be a nice model for the reaction pattern London should take to react to the loss of the passport.”

Funds lawyer Leith Moghli, Partner at London firm Reed Smith, said that the AIFMD passport had not proved to be the “fantastic weapon” it had been hoped it might be, with use surprisingly low.

He added that he was among lawyers advising clients that unless they had a specific reason to domicile in Luxembourg, there were advantages in setting up in Guernsey: “National Private Placement works better than the passport regime - it’s cautious and flexible.”

He said Europe had benefitted from the UK acting as a conduit for financial services and might look to become more protectionist post-Brexit, but had to consider where business would come from without London. The funds formation lawyer thought the event theme, ‘If the world turned upside-down’, was apt following a “fairly tumultuous two years”.

“The world has turned upside down a couple of times. I think it’s been righted but everyone’s legs are still wobbly. The funds world stopped for months afterwards in terms of fundraising and M&A, and it has had a real impact. I suspect we’ll probably have another flip, with wobbly legs for some time to come.”

Fiona Carpenter, Partner at PwC in London, said that if any industry was capable of dealing with change, it was the funds sector.

“We are used to change and managing uncertainty. Some managers have some very detailed plans with a wide range of responses, and much more structural change is being built into plans,” she said.

Dominic Wheatley, Chief Executive of Guernsey Finance, said the discussion at the well-attended event had highlighted opportunities for Guernsey and the island’s determination to maintain alignment with international regulatory standards.

“The uncertainty caused by Brexit also provides an opportunity for Guernsey, both for innovation and, together with the UK, to develop working models to help managers through the transition process,” he said. “We have repeatedly been held up as a model for the UK to follow post-Brexit as a third country outside the EU and it was also reassuring to hear that if the money will follow where services are best, then Guernsey is ideally placed.”

Also speaking at the event were Jonathan Ford, City Editor of the Financial Times, private equity veteran Jon Moulton, and fund manager and diversity campaigner Dame Helena Morrissey, on the day of the launch of her new 'Girl Fund', encouraging investment into UK firms with gender diverse boardrooms. 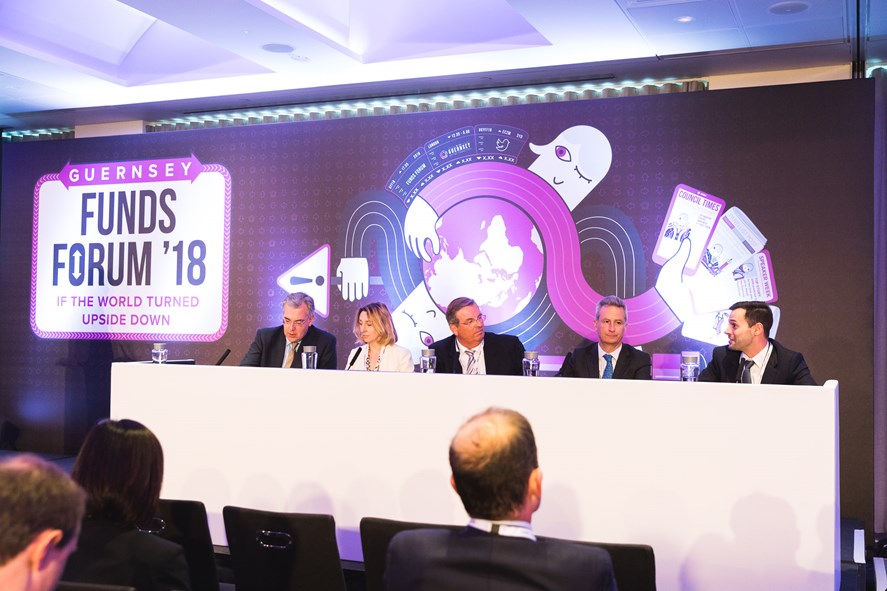 Strength of Guernsey’s funds industry on show in new research