The City should survive Brexit

In the first of a series of blogs from this year’s Guernsey Funds Forum, James Falla reports on the Brexit views of Financial Times City Editor Jonathan Ford (pictured), our keynote speaker on the day

Many of the economic issues which dogged the UK and Europe in 2010, when Jonathan Ford joined the Financial Times, are still present in the global economy today, even if they are bubbling beneath the surface.

There has been no real return to “normality”, he said. “While they [these issues] have settled down to an extent, and there’s been some anaemic recovery, it’s rather like a health condition which becomes chronic. Day to day it doesn’t cause too much discomfort but from time to time it can flare up in a rather nasty way.” 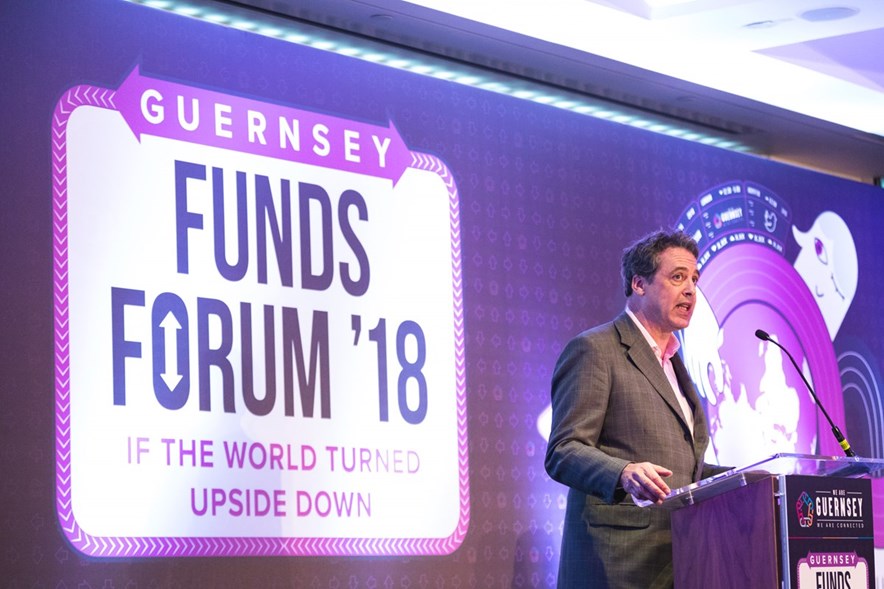 The Euro crisis remains unstable, he said, because the underlying cause has not been treated. Meanwhile concerns have developed in the United States as President Trump pursues a “populist agenda and unpredictable policies”.

And the link is that governments have failed to engage in the debate to settle underlying issues. In a time when change is being forced on us, they have “failed to keep up”, he said. The failures of the financial crisis inhibited confidence in politicians to bring about consensual solutions, and that has led to a “very strong sense of drift”, Mr Ford said.

“They have become addicted to kicking cans down the road. But politics can cause a vacuum, and if action doesn’t follow, it’s likely that someone will ultimately appear seeking to force the pace.”

Mr Ford sees part of his role at the newspaper as trying to make sense of a much less-stable environment, where Brexit is a simple solution for a complex problem.

He said the media narrative for Brexit is that the UK doesn’t know what it wants and is being pushed around by Europe, but this misses the wider point.

Brexit is a major event for the EU, he said, but not an “extinction level” event, while a hard and chaotic Brexit would leave questions about the competence of the EU, which “makes for a rollercoaster of negotiations”.

On those negotiations, Mr Ford believes the City should be able to get through Brexit “without suffering too much”.

“I don’t see the financial services deal, for all its totemic importance, being a stumbling block in negotiations.”

“I don’t see the financial services deal, for all its totemic importance, being a stumbling block in negotiations.”
Jonathan Ford, City Editor, Financial Times

The best outcome for Theresa May, he said, would be to secure tariff-free access to goods, with sector-by-sector deals to offer better access for Britain’s key sectors. And if that could be achieved without sacrificing Britain’s stance on free movement of people, he said that would be “quite a win” for the PM.

On financial services, moves towards mutual recognition (a staple approach of Guernsey in the development of global funds business) or enhanced equivalence, offering greater certainty for investors, perhaps with a longer implementation period.

On regulation, Mr Ford believes that the UK should look to “repatriate the rule book” even if the regulations being followed are largely those from the EU. “You will bring the regulators back to the regulated, where they can react in real time, and introduce principles and English law into rules.”

Guernsey - A laboratory of innovation