Innovation in Guernsey’s finance sector was cited as a key factor as the island was named Best International Finance Centre at the 2019 WealthBriefing European Awards in London.

The awards showcase ‘top-class performance and innovation and recognise companies, teams and individuals which demonstrated innovation and excellence during 2018. The panel of judges was drawn from private banks and trusts advisors and consultants to the wealth management sector.

In announcing the award, the judging panel commented: “As shown by recent innovations such as its green funds, this jurisdiction continues to break new ground. The ease of doing business there, and its entrepreneurial focus were also standout qualities.”

Guernsey previously won the award in 2015. This year, the island fended off competition from fellow finalists Jersey and Qatar.

Guernsey Finance Chief Executive Dominic Wheatley was pleased Guernsey had been recognised for its industry-leading qualities. Guernsey launched the world’s first regulated green fund, The Guernsey Green Fund, in 2018 and established Guernsey Green Finance as an umbrella body for green finance in the island.

He said: “Guernsey has a track record of demonstrating that it can develop products and solutions to respond to real-world issues, so for the judging panel to consider our advancement in green finance as a stand-out point among the high quality in our wealth management is justification of the hard work put in to make Guernsey a world leader.”

The awards ceremony was held at Guildhall, City of London on the evening of Thurs 11 April. 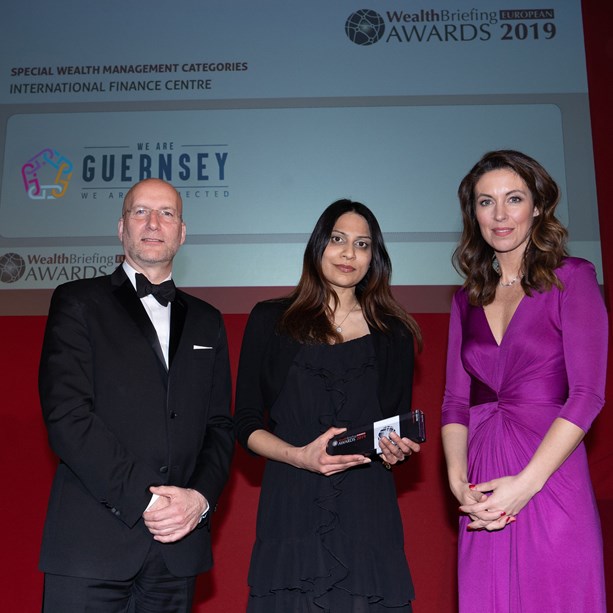