The island, a leading domicile for investment funds, received confirmation in March from the EU Council’s Code of Conduct Group and the European Council of Finance Ministers (ECOFIN) that it satisfied legal substance requirements for entities operating in or through the jurisdiction. Some other rival international centres did not achieve a white-listing.

Panel speakers at the Funds Masterclass event agreed that achieving substance had become an increasingly important issue in jurisdictional choice for general and limited partners, and that Guernsey was now more strongly positioned in the market.

Two senior figures in the private equity industry – Frank Ochsenfeld, Partner at Coller Capital, and Christopher Crozier, Chief Risk Officer and Managing Director at Permira, two of the largest private equity managers who use Guernsey funds – both spoke positively about the island.

Mr Ochsenfeld said that it was crucial for Guernsey to have “embraced this issue head on”. The substance principles adopted by the island offered “practical guidance and certainty” for both managers and investors, he said.

Mr Crozier said that Permira had already taken significant steps to developing substance through the EU’s AIFMD process earlier in the decade.

“A Guernsey licensee will have quite good substance already – it is very hard to object to the principles – and we have always operated in a way which focused our decision-making in Guernsey and will continue to do so.

“Much of this is just about being able to demonstrate that you are doing what you should be doing, and, in our case, what we’ve told our investors we’re going to do.”

Elena Rowlands, Tax Partner at Travers Smith, who specialises in the taxation of investment funds, with a particular focus on the alternatives sector, highlighted the strength of Guernsey infrastructure, particularly for the private equity sector.

She described the Guernsey substance rules as “really helpful” and said it was a “huge advantage” for Guernsey to have secured a white-listing from Europe.

Ms Rowlands was recently involved in a redomiciliation of a fund from Delaware to Guernsey. “When we listed all the factors as to why, AML record, substance rules, it really gives Guernsey credibility and I think it’s a huge advantage. If you had a choice, why wouldn’t you go for Guernsey?”

The event also heard from Tony Mancini, Head of Tax at KPMG in the Channel Islands, and Christopher Jehan, Chair of the Guernsey Investment & Funds Association.

Guernsey Finance Chief Executive Dominic Wheatley said: “Economic substance has emerged in the past year or so as a key industry issue. Guernsey’s history of developing genuine substance over the years has served us well – we were able to quickly adapt to the new environment and readily meet new global standards.

“Substance is clearly becoming a differentiator in the market, which is now positioning Guernsey at a significant advantage over many of our competitors.

“We are seeing that firms and managers are increasingly looking to jurisdictions which can and have met the new global standards, which is just another reason to select Guernsey for investment funds.”

“When we listed all the factors as to why, AML record, substance rules, it really gives Guernsey credibility and I think it’s a huge advantage. If you had a choice, why wouldn’t you go for Guernsey?”
Elena Rowlands, Tax Partner, Travers Smith

The net asset value of total funds under management and administration stood at £295.9 billion at the end of June 2019, a 7.1% rise over the past year, and the island’s private equity industry has some 400 funds, with a NAV of more than £120 billion. 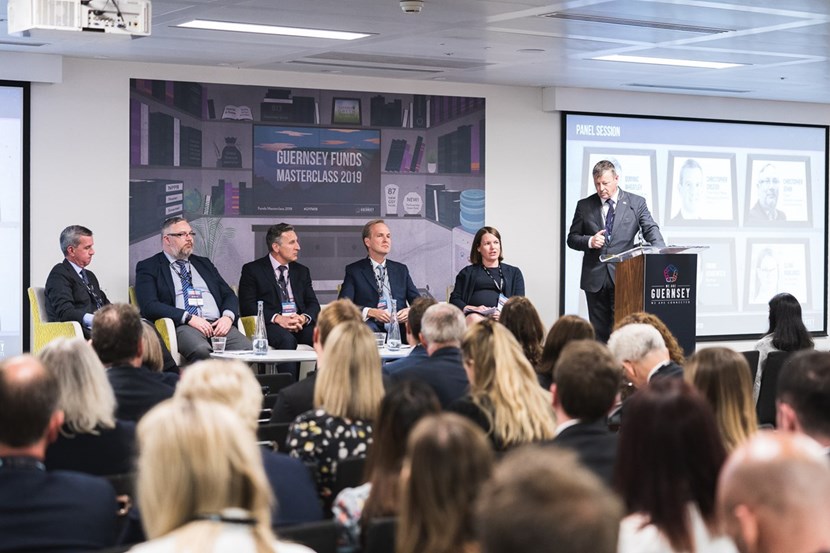