Guernsey to the rescue for in-deficit pension schemes

A longevity swap provides both a definitive solution or a useful stepping stone on route to de-risking, depending on the maturity of a defined benefit pension scheme, delegates heard at a Guernsey Finance briefing session on pensions de-risking in London.

Willis Towers Watson Director Matt Wiberg, who has advised on three Guernsey deals involving longevity swaps, suggested in his technical showcase that a longevity swap was the answer to less mature schemes that could not afford a buy-in/buy out option in the short term, but did not discount it as a stepping stone to buy-in for better-funded schemes.

“For the more mature schemes that are well funded and on a journey to buy-out, it might be that the buy-in is the right solution,” Mr Wiberg said. “Conversely, those less-mature schemes may want to hold on to assets to generate additional returns and bridge any funding or self-sufficiency gaps, and so longevity swaps may be a more attractive way to manage longevity risk.

“But, as has been demonstrated with the BA transaction [the British Airways Pension Scheme entered into a £1.6 billion transfer of longevity risk using a Guernsey-based captive insurance cell in 2017 and completed a record £4.4 billion buy-in in 2018], a longevity-swap can be used as a step towards buy-in. In particular, since the introduction of Solvency II, insurers are required to hold a significant amount of capital against longevity risk and therefore will see the benefit of a pensions scheme that comes to them having already removed this risk, and will pass this on to the scheme through improved buy-in pricing.”

Since 2014, half of all £1bn-plus longevity swaps have been completed through Guernsey. According to Mr Wiberg, this is due to “competitive pricing, flexibility and Guernsey’s pragmatic capital regime, which reflects that the longevity risk is held between the pension scheme and the reinsurer, rather than by the captive”.

“The reason that a number of schemes are looking at managing longevity risk is that the reinsurer pricing is currently very competitive as a result of a recent slowdown in mortality improvement rates,” he said. “Also, the innovation in structures such as Guernsey-based captive cells means there is now a more efficient and cost-effective route for pension schemes to access the reinsurance market.”

Also speaking at the event were Pinsent Masons Partner Madhu Jain, who discussed the legal and regulatory considerations of longevity risk transfer, while Frank Oldham of Independent Trustee Services (ITS) Limited explored the operational considerations of a longevity swap.

“The reason that a number of schemes are looking at managing longevity risk is that the reinsurer pricing is currently very competitive as a result of a recent slowdown in mortality improvement rates,” he said. “Also, the innovation in structures such as Guernsey-based captive cells means there is now a more efficient and cost-effective route for pension schemes to access the reinsurance market.”
Willis Towers Watson Director Matt Wiberg

“A captive structure is the best means of gaining direct access to the reinsurance market, and as the number one captive domicile in Europe, Guernsey is ideally placed to provide the answer,” Mr Wheatley added.

“The chaos other locations are suffering at the moment stands in stark contrast to the stability and security of what we do in Guernsey. You can be assured that you can come to Guernsey and have stability in your financial affairs.”

Mike Johns, Chairman of the Guernsey International Insurance Association, said: “As the only proven centre for captive-based longevity solutions, the Association is excited about the prospect of rising awareness of the Guernsey solution and optimistic about the role the island will play in pension scheme de-risking in the coming years.” 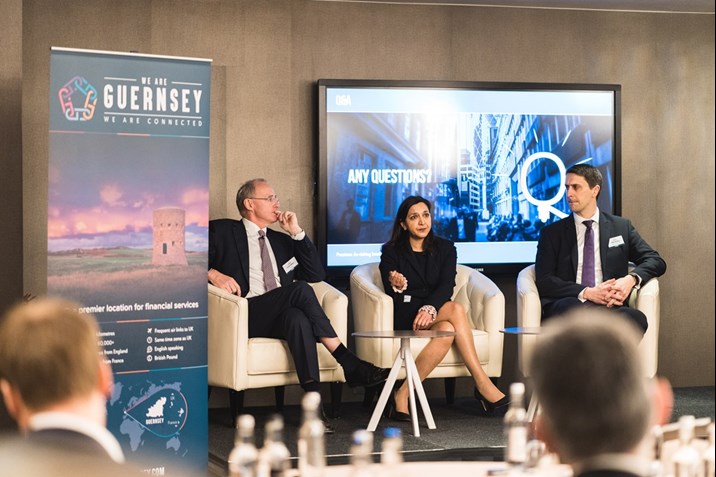 Guernsey Finance Chief Executive upbeat about prospects for 2021 and beyond

Finance industry developments for 2021 to be unveiled

2020 – a year of challenge and increased sophistication for captives

Why Guernsey is a jurisdiction of choice for alternative funds

The Carlyle Case – The Final Chapter

New listings on TISE rise by a quarter in 2020