Home News 2020 Decline in funds business expected to be shortlived

Decline in funds business expected to be shortlived

Investment fund activity is likely to bounce back quite quickly from the economic crisis caused by the coronavirus pandemic, a leading figure in the industry has predicted.

Jon Moulton, best known as a turnaround investor, and who also chairs the business advisory and stockbroking firm Finncap, said that the evidence from that company was a definite slowdown on the sales side.

“People don’t want to sell in a world where they perceive values have just gone down, and when nobody believes they’ll stay there. It takes quite a while for people to adjust to the new level,” he said, speaking at the Funds Forum webinar organised by Guernsey Finance.  “Deals that will happen definitely will decline. There will be less sales-side activity, probably fewer IPOs, but there will be exceptions.

“There is an immense wall of money in private funds and they will undoubtedly switch on earlier. There’s lot of big buyout capital available, which will drive deals I suspect quite quickly. I expect any reduction in deal activity to be quite short-lived.”

The FTSE 100 has since shown consistent recovery, although UK Chancellor Rishi Sunak has warned of a ‘significant recession’.

Panellist and fellow Guernsey resident, independent director Andreas Tautscher, said that listed securities had not seen a significant sell down and valuations were far from rock bottom, with a significant rebound after the initial impact of coronavirus.

Mr Moulton, also chairman of The International Stock Exchange, headquartered in Guernsey, said the volume of funds going through the exchange had been very strong in first quarter and even into April.

“People are still launching, and if 2008 is any sort of a proxy for the current situation, fund volumes stayed about the same, but they took about 10 months longer to close, and that will undoubtedly occur here. People planning for years to launch funds will still try, some will fail, but most will succeed,” he said.

Mr Tautscher said that the most productive period for issuance of Guernsey-domiciled listed funds had been in the years following the global financial crisis. Guernsey is the market leader for London listings outside of the City, and a specialist for private equity management and administration.

“There will inevitably be a slowdown, things are taking longer, and decisions will take that much longer, but once we get back into it again, there will be more funds coming through, more first-time managers, and more interest in what we offer here in Guernsey,” he said. 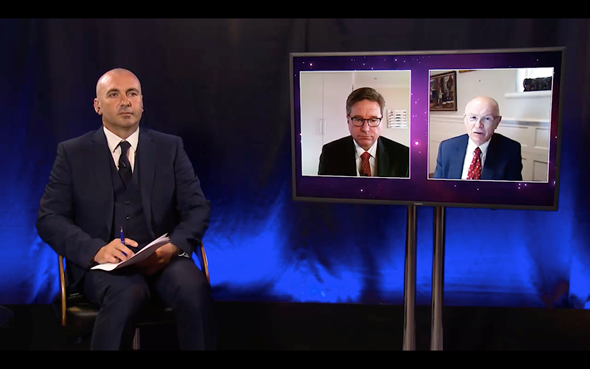 Solvency II no barrier to reinsurance from Guernsey