Home News 2022 How might the funds sector develop in future?
Sectors: 1064

At WE ARE GUERNSEY’S 2021 Funds Forum, we were fortunate to have some of the best minds in the business ponder this issue and more under the theme Building Tomorrow. We were delighted to welcome back Miles Celic, Chief Executive of TheCityUK, and hear his thoughts on the opportunities and potential obstacles the industry may face in the coming months. Here are some of the overarching themes that were discussed.

Looking ahead towards the next 12 months, the panel (see below) felt that the UK is in a really strong position to push forward on FinTech investment, but in areas such as green finance, there is more that could be done. It is my belief that we cannot underestimate the commitment to green. COP26 wasn't just a flash in the pan, its agenda is something that this government feels strongly about too. That sentiment is cross-party, so irrespective of who wins the next general election, this important agenda will continue to be a priority. There's a massive opportunity for the finance industry to be part of the solution – you can see that in the success of the likes of the Green Horizon Summit and the finance element of COP26. The move towards utilising our industry as a way of transitioning towards net-zero is going to be fascinating.

I wouldn't underestimate, either, the extent to which government is now grappling with the consequences of Brexit and Covid, in terms of the changes that we're seeing, and the proposals that have been made. There is a desire to keep the high standards of regulation that exist in the UK. The government has proposed competitiveness as a secondary statutory objective for the regulators in the financial regulatory framework review. This is about maintaining high standards, not diverging from the body of EU regulation we brought on board, but looking at making the most of the opportunities in  future growth areas such as green and FinTech in particular.

There's also an increasing desire to look at how this industry is both a national strategic asset here in the UK – the sort of industry that other countries would give their right arm for – and how it can play its part in helping meet the socio-economic challenges that we face in the future – such as net-zero, levelling up, ageing population, infrastructure renewal and so on. There is a lot to play for.

How the UK can learn from Guernsey

I've always made the point that Guernsey is a terrific example that the UK can learn from now that it's left the EU. The island is an example of a terrifically efficient, terrifically effective, globally competitive centre outside the EU, which is basically what the UK needs to become.

Further advantages that Guernsey has is that it is flexible, nimble, responsive, adaptive and proactive about opportunities, and that's exactly what the UK ought to be aiming to be.

The President of the European Commission, Ursula von der Leyen, used the image of a massive oil tanker in comparing the UK and the EU – using the vaccine programs as an example, but I think it holds for financial and professional services. She said that the EU is a huge oil tanker. It has enormous scale, it can't move quickly, it isn't very manoeuvrable, but it's got mass. The UK, rather like Guernsey, has to be a speedboat. It's never going to have the same sort of scale as the EU, but it's going to have to be nimble, adaptive, and able to move quickly. So, there's a lot we can learn. There's an incredibly close, practically symbiotic relationship between the UK and Guernsey. And as for longer-term FinTech opportunities, the areas of regulation are less developed. It will be a process between the UK and the EU of what I would term parallel development. And in areas such as approaches to data, I suspect there's probably more in common between the UK and Guernsey than there is between the UK and the EU.

I've always thought in terms of the British family of financial centres, of which Guernsey is a critical part, there's so much we can learn from each other in terms of best practice. There are certain things that parts of that family will do better than others. It is about pulling in the right direction together, and that is going to be absolutely vital as we move forward. I’m optimistic that we can do it.

There's a huge appetite for green and sustainable finance – companies are leaning into it in a way that we've not seen for a long time and really innovative companies are emerging in this area. But I remain slightly concerned about fragmentation in the sector – even if you look at things as basic as taxonomies, where you're seeing different standards emerging. There needs to be a single, predominantly global standard that others can branch off, but you need to have consistency.

Sustainable thinking is held just as firmly at the top of organisations as it is at entry level. It’s not just because it's the charitable or philanthropic thing to do, they're doing it because there's a commercial demand for this to be done, as well as a government opportunity. There is going to be cutthroat competition in this space in the years ahead. 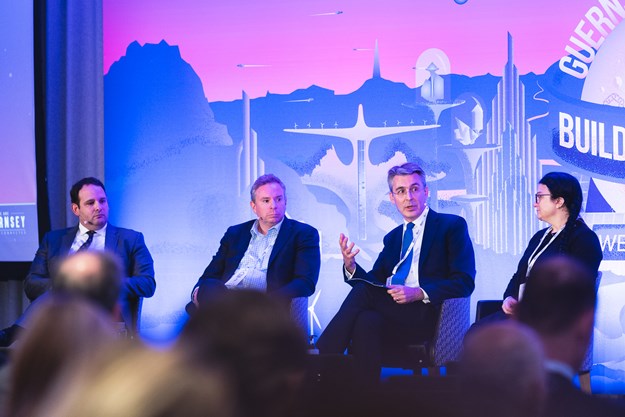 Navigating the next horizons